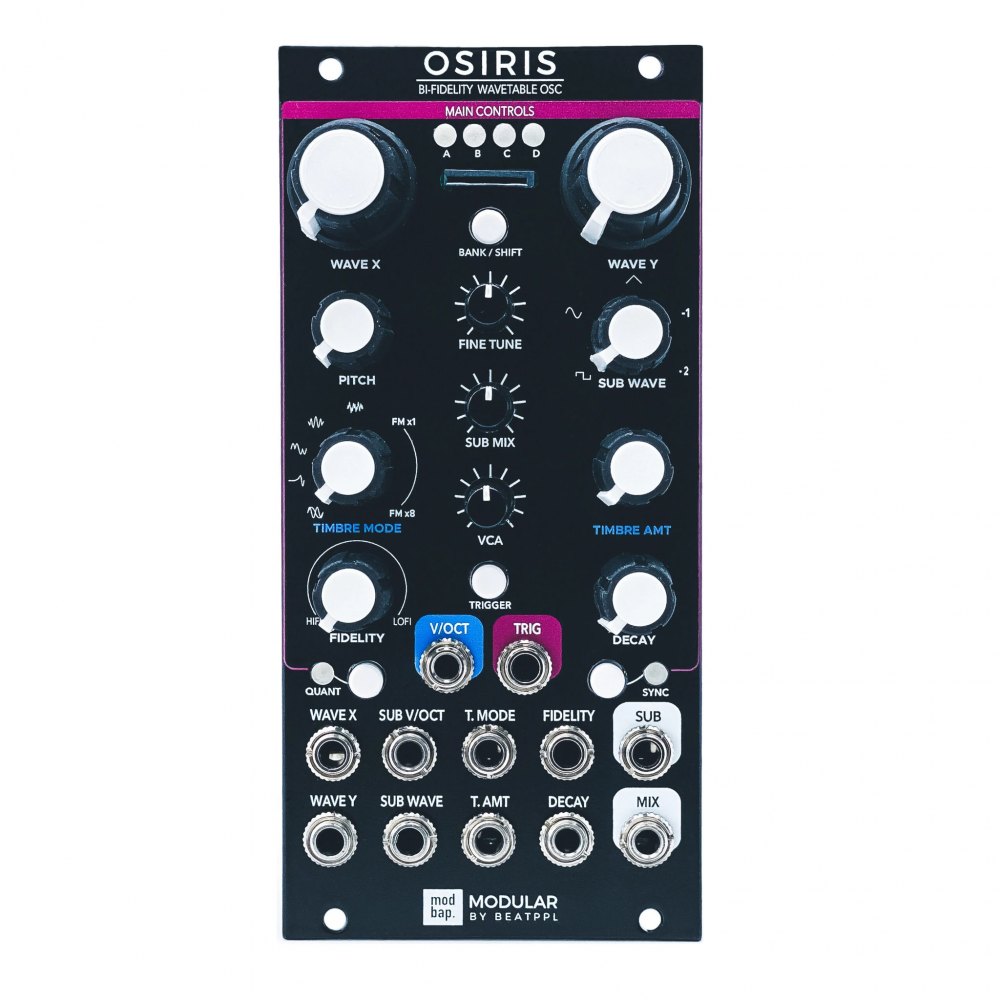 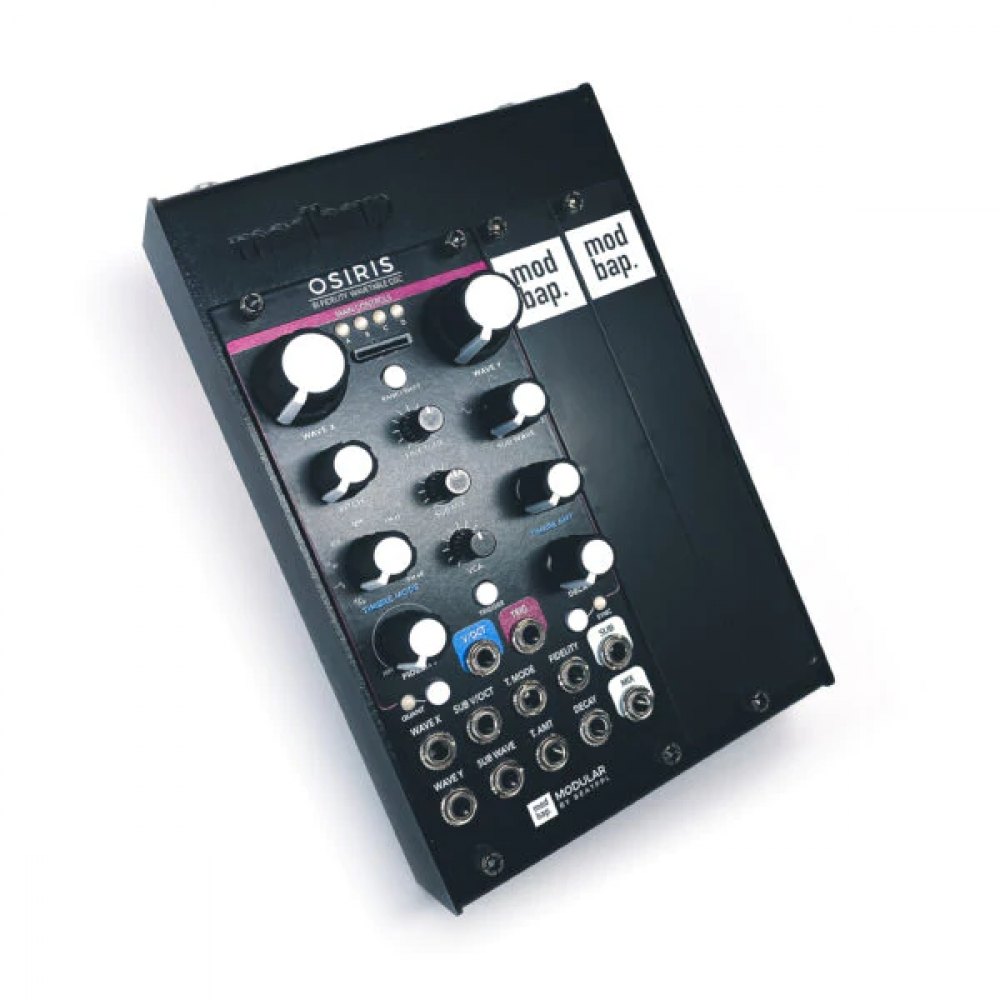 Osiris was developed in collaboration with Ess Mattisson of Fors.

Unison – Layers a second oscillator that detunes from slight beatings up to an octave.
Bend – Compresses the waveform to a thinner shape
Fold – Introduces symmetric 2-stage wave folding by first mirroring the waveform and then folding it
Sync – Repeats the cycle count of the waveform within a Hanning window, making the edges soft
Noise– Adds window-synced noise to the waveform phase
FM x 1 – Applies phase modulation to the oscillator using the same waveform
FM x ….8 – The FM scans through a ratio of 1 up to a ratio of 8 smoothly, with mixed stages in between