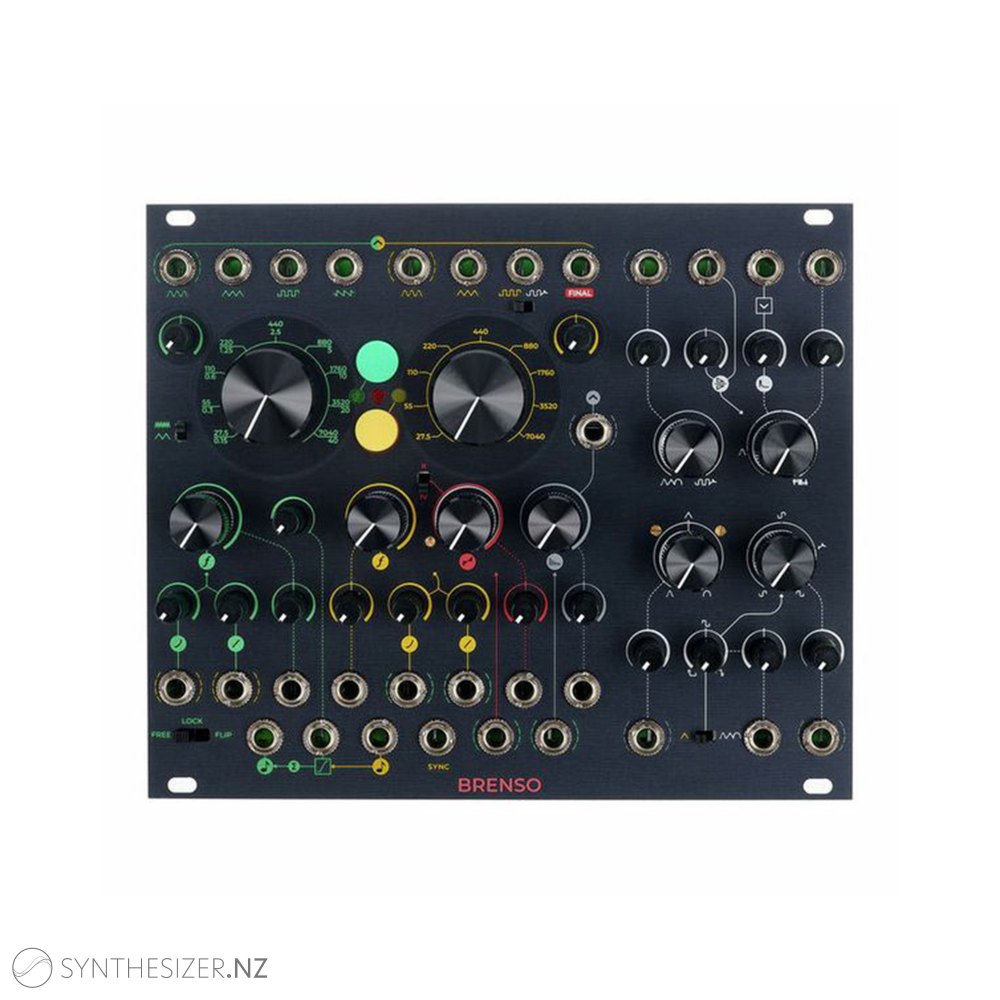 brenso /ˈbreːnso/ adj. [slang portmanteau word created from the Italian adjectives breve ‘short’ and intenso ‘intense,’ probably around the early 2000s in the area of Bologna; pronounced with the long, closed e instead of the expected open ɛ, as typical of the Northern Italian regions] — This adjective may have originally referred to events or experiences that were particularly powerful despite their short duration. Soon its meaning broadened, indicating anything (objects or even thoughts) that feature great content in proportion to the size. For example, nowadays, a thick lasagna or a massive live performance can be equally ‘brense.’

BRENSO is Frap Tools’ primary analog source of articulated waveforms whose degree of entanglement can be precisely set by the musician.

Its concept developed from a reflection on the very meaning of the word ‘complex,’ which comes from the Latin verb plector, literally meaning ‘to weave.’ The purpose of BRENSO is to update the usual approach to complex oscillators by offering many threads to be woven together, rather than a pre-defined weft of controls and waveforms: this to improve clarity, manageability, and to provide more sonic options to the artist.

BRENSO consists of three sections: two for the sound generation (yellow and green), and one for sound processing (white and red).

The generation sections allow control over the two triangle-core oscillators, which can be modulated and synced both internally and externally. The Frequency Modulation can be any combination of exponential and/or linear through-zero.

The processing section is composed of a Timbre Modulation section (white) and a final stage of Amplitude Modulation (red). The Timbre Modulation contains two parallel waveshapers with a PWM circuit, which are mixed with a crossfader and processed by a wavefolder. The wavefolder has symmetry control and can be pinged through a dedicated clock input with a shapeable, nonlinear behavior.

A four-quadrant multiplier further modulates the timbre-modulated sound with the green oscillator’s sine wave: it can perform amplitude modulation or ring modulation, and a crossfader defines the balance between the modulated and unmodulated signal.